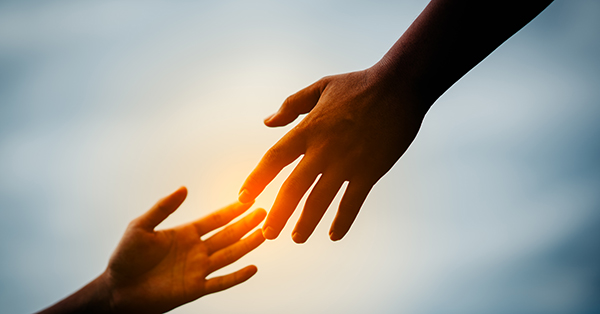 Do You Want Jesus?

Essentials+
Article
Jesus is our one and only hope in this world. He is bigger than our fears, worry, anxiety and problems. He just wants you to want Him.
Ask Us Why
Short for time? Read this!
Expand
Collapse

Nothing to see here!

In John 14, Jesus teaches His followers, or disciples, about the way, the truth, and the life. His disciples feared the things to come in their ministry with Jesus. This Jesus character that they had been following and learning from and loving had just predicted His betrayal which would lead to His death. He comforts His disciples by telling them to “not let their hearts be troubled. You believe in God; believe also in me.”

It is easy to let the fears of this world control how we view certain situations, but fear has its tightest grip on the unknown. See, this Jesus character is the God of the Universe and the God of the Universe is completely sovereign. That means that nothing is outside of His control. Even when the world seems to be spinning out of control and we cannot seem to discern right from wrong or tell which way is up and which way is down.

Now Jesus wants us to have faith in Him and trust in Him for who He is. But He is so gracious in the sense that He gives us reason to believe in Him, even though He does not need to. The God that created you and I loves us so much that He came down to this earth in the form of a man, lived a perfect life, died as the perfect sacrifice for the sins of those who believe in Him, and rose again to conquer sin and death! If that is not good news, then I do not know what is.

Jesus finishes talking with his disciples here in John 14 by talking about his Father’s house. Jesus says, “My father’s house has many rooms; if that were not so, would I have told you that I am going there to prepare a place for you? And if I go and prepare a place for you, I will come back and take you to be with me that you also may be where I am. You know the way to the place where I am going.”

This “son” is Jesus and this “well known, rich man” is God the Father. There is enough space for all who believe. God has his hands outstretched with the gift of his Son. The Bible says that “if you confess with your mouth that Jesus is Lord and believe in your heart that God raised Him from the dead, you will be saved.”

So, what do you say? There is plenty of room in my Father’s house. Do you want to accept this gift and start a new life with Jesus?