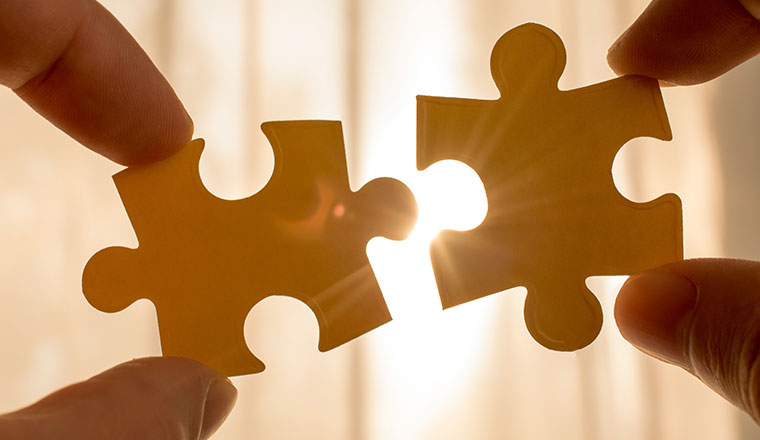 Essentials+
Article
Will you be able to find the one? Is there even such a thing?
Jeremy Davenport
Short for time? Read this!
Expand
Collapse

Here’s the truth of the matter. Soul mates do not exist. It isn’t biblical either. If it was biblical, you would need to explain the last 5 thousand years of arranged marriages and figure out which were ordained by God and which were a mistake. Some context: dating only came into the picture about a little over a hundred years ago. Before that, all marriages were arranged in the sense that a man would just select a woman before even knowing her and marry her, or the parents would select a husband for their daughter.

The thought alone that there is a perfect person for you out there is so exciting. Imagine every single time you meet someone new, the thought crosses your mind: “Could they be the one?” We love the idea, we entertain the idea, but how true is it? Is this something that is biblical? Did God really create the perfect person for me? Let’s break down this ideology and what we can learn from it.

The original concept of a “Soul Mate'' comes from a playwright created by Plato. He based it off of Greek mythology and that Zeus, the god of the sky, split apart two large hermaphroditic giants because of his jealousy for them, who then fated the two to endlessly searching each other to be reunited. It sounds like a heartfelt and kind of disturbing play when you think about the visuals. But nonetheless, the idea was loved by the people and for thousands of years, it lives on.

We see it in movies, we watch it in tv shows, we hear about it from our friends and social media, so it must be true right? We might not think of them as a soul mate right away, but we think, the perfect person (easily interchangeable). Maybe the play and concept of how it started was fallible but there’s gotta be some truth to it right? It would make sense that God would prepare someone for you until you are ready to meet and then bam, three months later you’re married. Or would it not?

Here’s the truth of the matter. Soul mates do not exist. It isn’t biblical either. If it was biblical, you would need to explain the last 5 thousand years of arranged marriages and figure out which were ordained by God and which were a mistake. Some context: dating only came into the picture about a little over a hundred years ago. Before that, all marriages were arranged in the sense that a man would just select a woman before even knowing her and marry her, or the parents would select a husband for their daughter.

Right now, the current divorce rate in America is 50%. A second remarriage is 60% and third time around, 70%[1]. With those numbers in mind, do you think that this is from the truth that soul mates DO exist and it’s about a 50/50 chance of finding them? Or, is it because we have lost sight of what true love, sacrifice, and marriage is really about?

The supposed idea of soul mates even from a secular standpoint is rejected. Why? Because this concept is based on the premise that the two never change in character and personality. That who you were the second you split, stayed the same and you never changed until you met again. That being said, do you still love the same foods as when you were 10? Do you still love the same sports? Have the same hobbies and interests? No of course not, we are constantly changing. So if that’s the case, then our perfect person would have to be constantly changing too, making the odds even greater as the chances they change precisely to your preferences and personality are slimmer. So how do we address this idea? And biblically?

The Bible teaches us many things about love and relationships. Here’s a few of them below:

In another article we can break down the different types of love we find in the Bible, but needless to say for this, there is the “infatuation” type of love, and there is the “choice” and “sacrifice” kind of love. Both are needed for any relationship to thrive.

Keep those concepts in mind as we continue to navigate this idea.

If soulmates don’t exist, is it still true that God has the perfect person for us? Well, it’s not that simple. God is all knowing, he sees all, is all, and goes beyond our sense of time. So therefore he already knows who you are going to marry (if you get married). But that doesn’t mean he has picked who you are going to marry and has them prepped for you. If that were the case, what if you picked the wrong person? How do you know that they are “THE one?” You might think so for a couple of honeymoon years but what about after that? How about when your preferences change, schedules change, go through good and hard times?

The ultimate truth is there is no one “perfect” for you out there. There is always going to be someone who could fit the shoes of your spouse just as well as yours or maybe even better. Let’s just be real about it. My wife Alyssa could have ended up with someone who has all my traits AND is on time to places. IMAGINE. But then there could be someone who has all those traits AND does the dishes every time he puts one in the sink. WOW. It just keeps on getting better and better for her doesn’t it… But yet we are married, and until death do we part. Did she settle for less? Or is there something more important to consider?

We are humans. We sin. We are imperfect. Marriage is not about finding “The One,” it’s about picking someone who is a suitable partner that is equally yoked and is someone you can do ministry with as long as you are on earth. It’s about sacrifice, compromise, hard times, and most importantly commitment.

If we can shift to this mindset, we can start the process of learning what dating and marriage really looks like so we can set ourselves up for success with our relationships, rather than confusion and destruction.

This doesn’t mean that God isn’t involved with our relationships or isn’t moving in them, he absolutely is as long as He is at the center. This is just to help us better understand how God desires relationships to be and discerning the truth of the Bible over the ideas of this world.

Rather than seeking a soulmate and identifying one as that, look for someone who is chasing after Jesus and understands the true meaning of marriage. Everything else beyond that is blessings and bonuses.

Here is our podcast about Soulmates!